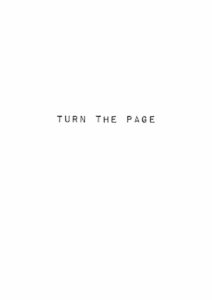 The last 2 ½ years have been crazy. Early 2015 was filled with uneasiness, hatefulness and drama. Then my mother, whose cancer was supposed to be in remission, suddenly fell ill and passed away. My heart was forever changed and things I would tolerate before, were clearly no longer worthwhile, or even on my radar screen. I launched into the new role of taking care of my father, essentially running 2 households. In his late 70s he had never paid a bill or managed money (my mom did all of that). To this day he still brings me his mail every couple days. The page in my book of life was turned for me, whether I liked it or not (I didn’t).

A couple months after my mom passed, my aunt (her sister, who has always been a 2nd mother to me) was diagnosed with cancer. I was now attending all of her doctor’s appointments and procedures. This was all too much. In the midst of this I left my position as a managing broker, and went back to the field to rebuild my real estate business. A business that had essentially been shut down for more than 2 years. Time for me to turn the page on my terms.

During a routine medical check up for me about a month or so after returning to the field I had my own cancer scare. A large and fast growing breast tumor. I’d actually had several of these in the past and had them removed (always benign), but my doctor was concerned that this one seemed different and more aggressive. It was while I was at the hospital one day waiting for my aunt to come out of one of those procedures that I was on the phone scheduling one of my own. A significant surgery with reconstruction and several weeks of healing. About a week before my surgery my business partner Vicky Noufal and I officially launched our team, Platinum Group Real Estate. Not just a new page, but a new chapter had begun.

In December of that year, just as we had started to breathe again, we were all hit with one of the most devastating blows imaginable when Vicky’s husband was diagnosed with late stage, aggressive cancer, with no known cure, and a horrible prognosis. I’ll never forget it … I was standing in the Orlando airport waiting for my flight home with my family talking to her as we learned the news and through tears she said, “I quit my job, this is my job now”.

The next 18 months were the lowest of lows, with a few great highs sprinkled in. Vicky became full time cancer cure researcher, holistic medicine expert, special diet food preparer and caretaker … with some real estate here and there when things were good. I worked for the both us, both our businesses and running the team. The pages were turning slowly, painfully.

On May 31, 2017 our world, the whole world, suffered the greatest loss when Joe passed. Have you ever felt someone else’s pain so acutely, it is almost like it is your own? It isn’t though. At the end of the day I get to return home to my husband and “normal” life, Vicky does not. This can’t be the end of the book, can it? It was never supposed to end this way.

And so here we are. I’m feeling restless, in between. Throughout all of this, the hard work, the emotions, the tears, my business has built and grown, and is back on track, almost as if I never left it. I’m on pace to out perform my best year ever as an individual agent (the year I stopped to manage). Thank God for bountiful blessings amongst the chaos of everything else.

So now what, turn the page again? New chapter? New book? I’m not sure. That is why I’ve been more quiet here the past couple months. Things are shifting again, my children are growing rapidly, my husband is on the just under 10 year countdown to retirement from the fire department. I’m not sure what’s next, but I feel some excitement, and fear and trepidation as it approaches. I’m trying to sit here quietly in the middle, waiting patiently (not my gift), seeking an answer, praying, feeling it all out. I just finished reading Lara Casey’s new book, “Cultivate”, which focuses a bit on this same thing. A good read.

Is this the valley or the mountaintop? I’m not sure. What do you do when you are waiting in the middle? Join the conversation in our private Facebook group, Empowering Women in Real Estate.