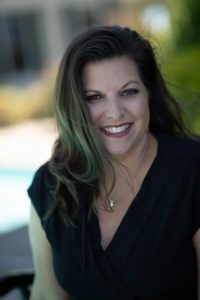 One year ago today I was excited that it was my youngest son’s first day of school, and excited that all 3 of my boys were now back at school and we were back in our routine.

A morning, really, just like today … only last year, after taking my youngest to school I headed to an appointment with my breast surgeon to talk about my recent biopsy results. Much of this was “normal” for me and super annoying. I’d had 5 or 6 breast surgeries up to this point thanks to a rare (but not for me apparently) tumor that seemed to occur again and again, despite being cut out again and again.

This time was different though. My doctor told me that the tumor I had was cancer. I really wasn’t prepared even though the evening before on the phone she told me that the biopsy showed that I had periductal stromal sarcoma, a very rare type of tumor. When I asked her on the phone if it was cancer, she said “it is not breast cancer”, and I realized sitting in her office how carefully she had chosen her words. Though the tumor was in my breast, it was not a type of breast cancer.

I know many of you in this group have been through this in one way or another. I don’t need to tell you what that day or the days following were like. If you don’t know personally (and I pray you never need to go) it was horrible. So horrible. For over a week I cried on and off, suffered anxiety attacks (nighttime was the worst) and made appointments, had scans and second opinions and tried to figure out what was next.

And then, a miracle. The pathology second opinion was not so sure that the diagnosis was correct, and thought that it actually could be another type of the same tumors I’d had before. The initial treatment either way was mastectomy, and it was scheduled for 5 weeks later. Only then would we know for sure.

But I had what I needed to hear. Hope.

Hope is an interesting thing. Once I heard that there was a chance that it may not be cancer, the way I felt was night and day from the days before. I decided that I would focus on the “positive” outcome and went with that, never looking back. Thank God, that second opinion was right, which was not cancer. I was incredibly lucky. For that, I am eternally grateful.

It’s been a crazy year girls. Cancer, not cancer. Removing my breast. Reconstruction. Finding out I still have a 30% chance of reoccurrence. For many (many) months I didn’t recognize my body, felt disconnected. Still do most of the time. The same day I was diagnosed my father in law was diagnosed with cancer (he is responding well to treatment a year later; he’s the primary caregiver to my mother in law who has Alzheimer’s, so this has been extra difficult).

I’ve always loved this time of year … Back to School, Fall, pumpkins, Halloween … the whole nine yards. I’m already enjoying it so much more this year after not having that chance last year.

This experience woke me up (again) to the importance of being in the moment. Each moment is precious and special, and the next one is not promised to any of us. These moments are far too precious to spend them unhappy, unfocused, and playing smaller than what has been placed in your heart.

What is the dream that you have for your life and your business? What does it look like? How does it sound? Where does it exist? Identify that vision, focus on it, and take steps … no matter how tiny … to get yourself there everyday. ❤️