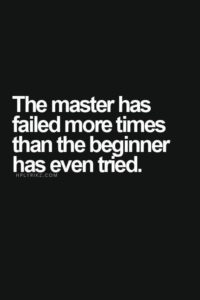 Did you watch the Super Bowl last night? Whether your team won or lost, you have to stop and admire, be in awe even, of the incredible amount of time, effort and practice that led up to the game and production for everyone involved.

From the players who undoubtedly have spent hours and hours over the course of many years practicing, working out and studying plays to the grounds and production crews who have down to a science how to set up and break down basically a mini concert at half time seamlessly within minutes. Can you imagine the amount of rehearsing that went into that? Speaking of halftime, whether you are a Lady Gaga fan or not, the amount of endurance and conditioning it takes to dance and sing like that must be the result of many long hours of rehearsals.

Last week I heard a snippet of NBA star LeBron James saying that his career and success was made at 4 am. He said that in order to do what others cannot do, you must be willing to do what others won’t. For him that meant being in the gym practicing at 4 am.

How often do we look at those who are successful, or are further along the path than we are and forget what went into getting them there. There is no overnight success in our business or any other. Success, significance, mastery, takes years and years of practice. Failures. Being told no. Losing the listing or the buyer. Being hung up on, yelled at, unappreciated. Sacrifice, investment of time and money, being willing to do what others don’t and won’t …. this and more has been repeated over and over (and over) by those who now make it look effortless.

Are you willing to do what others won’t to get yourself there?