Skip to content
For a group that starts with “Empowering Women” it only seems appropriate to acknowledge the history that we all witnessed yesterday with Kamala Harris being elected as the FIRST woman to hold the office of Vice President of the United States!
And in the next couple weeks Sarah Thomas will be the first woman to referee a Super Bowl. Different playing field (pun intended), same significant first.
I can honestly say that throughout my entire work life (19 years in real estate, many in the pharmaceutical industry, and several in banking) the majority of my “bosses” and role models were female … and it truly made all the difference.
I was interviewed for a podcast recently and it was about women as leaders, and that most women would rather have male bosses. The podcast host (male) had done an episode on a related topic and received tons of comments and feedback to this point.
Personally, I don’t agree, and as I told him, they probably just haven’t had the right female boss.

The thing is though … you don’t need a title to be in a leadership position. We all have the opportunity to be leaders … in our homes, our local communities, in our businesses, and now … even in the White House. 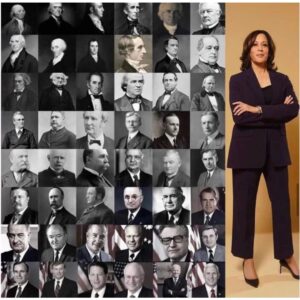