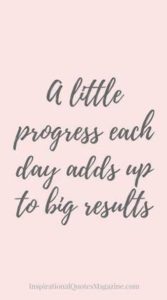 Yesterday I was watching an episode of “The Tom Ferry Show” (you can watch the videos on his website or listen to them on iTunes Podcasts — it was episode 102) and he was interviewing a woman, Mariangel, that he challenged during one of his events last year. (Now before you think you don’t have time to watch/listen to all this stuff … yesterday was a mess for me and it literally took all day to watch this 12-ish minute video.)

Mariangel has been licensed for well over 40 years and has been struggling in her business and has very little savings to show for it. Tom challenged her to 2 hours of prospecting 5 days per week, to set 100 appointments between then (sometime in August) and the end of the year, and to text him to follow up everyday.

During the time period for the contest she had to drive back from Vegas to her home in Texas (which took 3 days), had 2 family weddings (including her daughter), had 3 back procedures, was sometimes in places where she had no wifi or phone signal, and a litany of the other real life stuff that happens … the excuses that hold us all back.

And yet … she did it! Her daughter drove while she called and texted. If she didn’t have wifi/signal where she was, she drove somewhere that did. She broke it down into something that worked for her … instead of 2 hours straight on the phone she called for an hour each morning, went on her appointments, and then text/email for an hour each late afternoon/evening. She even called up friends from church to help her with her contest by letting her come over to do her presentation even though she knew they weren’t planning to sell … she did that 15+ times, great practice and momentum builder, and one of them actually did sell their home with her!

In the end she had 103 appointments and Tom gave her the $10,000 he promised. More importantly though she changed her mindset and her habits, and in roughly 4 months transformed her struggling business.

Are you struggling in your business? Is it not as consistent as you would like? What are the excuses that you are telling yourself, allowing to hold you back?

There is no magic button or tool, no substitute for doing the work, but in the end, as Mariangel found it was worth it.